Akyem Hemang F.C. Inaugurated
The Akyem Hemang F.C has been officially inaugurated in Akyem Hemang to assist young boys in the area explore their talents in sporting activities and unearth their talents.
Speaking at the ceremony, President of the Akyem Hemang F.C Eric Adu, who is also the Executive Director of AEA Packaging, indicated that the club, since its establishment the year has groomed young boys with interest in sporting activities in the Fanteakwa South District to explore their talents.
He called on benevolent organizations and associations to support the activities of the club to enable them develop the youth into responsible citizens.
According to Eric Adu, the area is full of sporting talents and the time has come for individuals, corporate institutions to support the idea of revamping such talents in the youth.
He also expressed the hope that the formation of the Club will take most young ones out of the streets and give them future profession in football.
He thanked the life Patron of the club, Osabarima Professor Mmirrikkissi Okasum Apori Atta I, Chief of Akyem Hemang for his enormous support.
According to him although most Clubs formed are profit oriented, his main aim of building the Akyem Hemang F.C. is for him to give to society what he thinks is best for his people especially, the youth.
He said he is from Akyem Hemang and for that matter is greatly concerned about the development of the area hence, his efforts in bringing such initiatives to support his people.
Osabarima Professor Mmirrikkissi Okasum Apori Atta I, Chief of Akyem Hemang who is also the life Patron of the Club urged members of the Club to take their trainings seriously, respect one another and show great respect to their coaches.
He said the Club can go far if they make discipline their Hallmark and eschew greed.
The club is registered with the Regional Football Association of the Ghana Football Association and has a membership of 25 members between the ages of 17 and 25.
Members of the club have been encouraged to develop their skills for future national and international competitions.
In attendance were the DCE for Fanteakwa South, Assembly members including Asenso Samuel and Johnson Appiah. 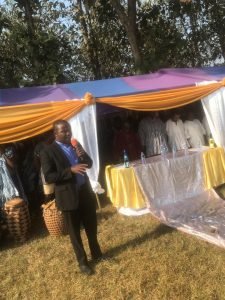 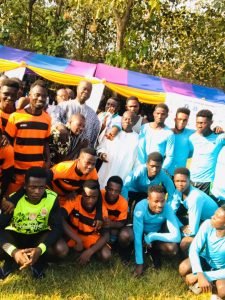 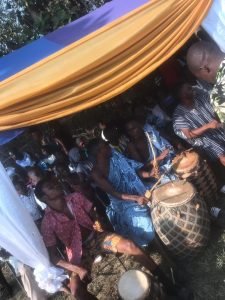