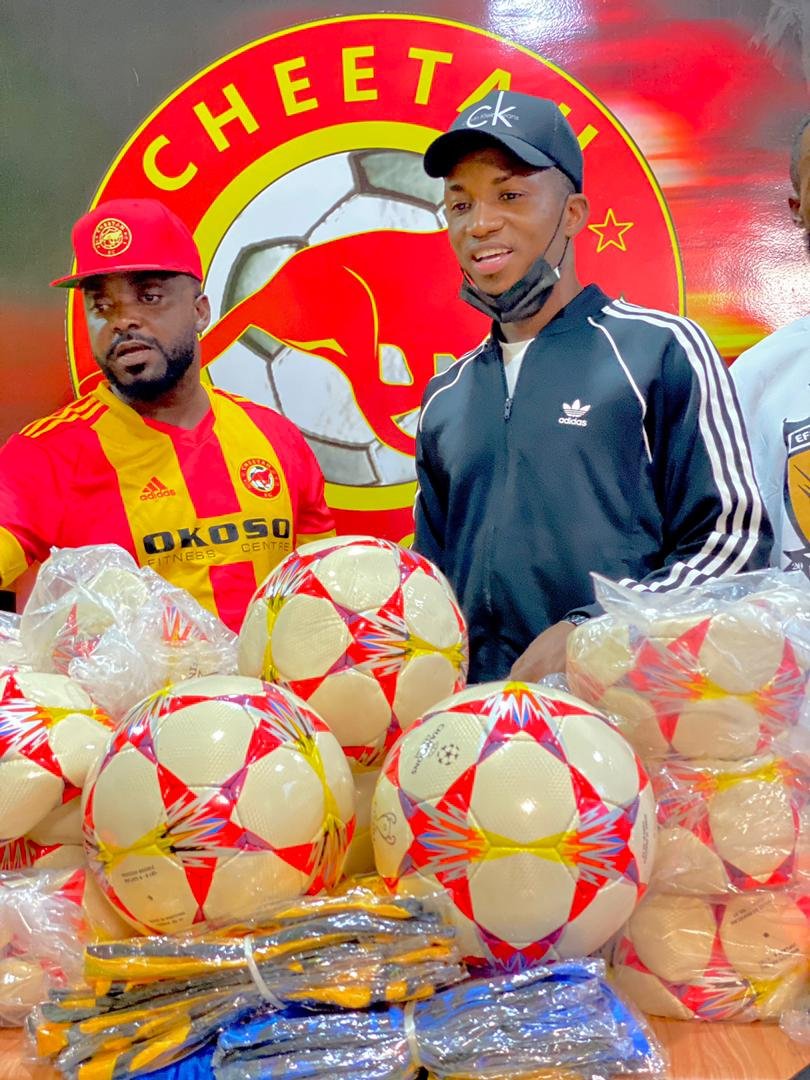 The three-time VGMA songwriter of the year received 20 footballs, Two sets of markers and Two sets of bibs from Mr Yartey. Kofi Kinaata is also an ambassador for Cheetah Football club and has on several occasions used his brand to support the club anytime he is called upon. Mr Yartey during the presentation stated that he is appreciative of Kofi Kinaata’s support as the ambassador of CFC and he wishes to support him as he has also decided to own a football club

“Kinaata has done a lot for my club and I truly appreciate it. He is always available when called upon. When he told me he has decided to own a football club, I was excited for him, but I know how difficult the industry is, so I decided to support him with these items, which I believe will go a long way to help his club.” He states
Kinaata also upon receiving the items, thanked Mr Yartey for the gesture.

“ My admiration for the way Mr Yartey is managing his club is what inspired me to own a football club. He is doing a great job and always advised me on how I should run my club. I am very grateful to him for this gesture and I promise to put it into good use to support the numerous talents in Efiekuma”

Mr Yartey also donated the same items including a set of Jerseys to GIHOC Babies based in Kumasi where He bought players like Mohamed Iddriss, Emmanuel Bio etc and will extend the same gesture to Yaw Dabo Football Academy.