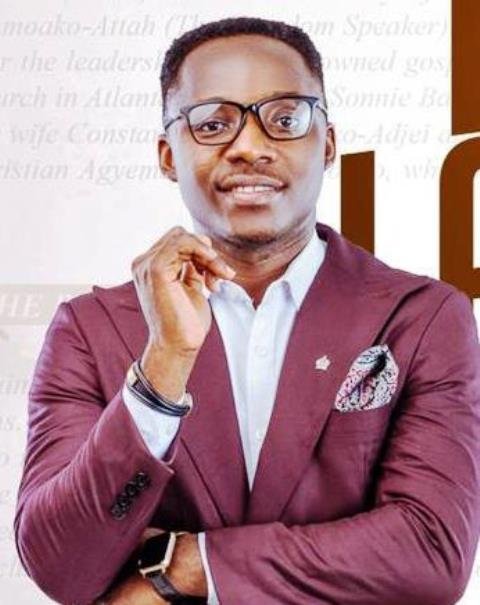 A Ghanaian prophet, Prophet Patrick Amoako has miraculously quenched a fire outbreak in a nearby house using prayers.

The man of God who is a Prophet at Parliament Chapel International (PCI) has proven that God is still the same yesterday, today and will forever.

Per a video of a fire outbreak he shared online, Prophet Patrick expressed a testimony of God to inspire believers and non-believers to know that indeed God still exist and using His vessels like never before.

Speaking on the incident, Prophet Patrick Amoako revealed that after so much edge to do some meditations after his morning duties with his father, Apostle Francis Amoako Attah at the studios of Angel TV, although he was hesitant considering the things he needed to do outside, he was led by the Spirit back home.

“I had my iPods on when I heard people screaming, first I thought it was from the sound I was using for the meditation but as it continued, I removed the pods and realized it’s from outside. I watched to see the building on fire and the spirit of God prompted my attention that this is the reason why I came home,” he said.

According to him, he started speaking and commanded the Angel of Fire upon the fire “and indeed the fire went off and smoke started coming. God worked it out; unfortunately they had no idea because I sat in my room commanding.”

He said, about 30Minutes after the fire quenched, fire service came as but God had already worked it out and they had no work to do.

“This and many things God does through His son Jesus Christ if only you can trust Him wholly. God is still the same yesterday, today and will forever be. Haleluya!!!

“On this note I speak as a Prophet into your life that may Yahweh deliver you and your love ones from any demonic set up in Jesus mighty name!!! #PatrickAmoako #GodOfMiracles #iTestifyOfChrist,” he prayed.