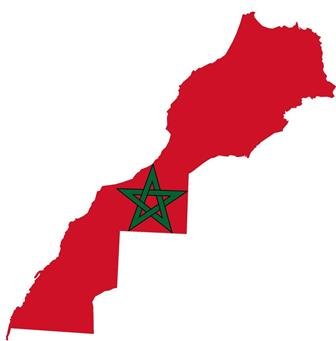 Several eminent African personalities, including former ministers, politicians, civil society actors, journalists, economists and academics on Friday unaderlined in Kinshasa the particular context of the admission of the so-called ‘Sadr’ into the African Union (AU), noting the “illicit, anachronistic and unjustified” character of this ghostly and non-state entity within the continental organization.

During a seminar organized by the Public Affairs Cabinet (BM Patners), under the theme “The African Union in the light of the Sahara issue: how to move from a dynamic failure to a final solution serving African unity “, the speakers unanimously noted that the admission of the so-called ‘Sadr’ within the AU took place in a particular context, at a time when the Continent was plagued by different ideological currents, now obsolete.

In this regard, they stressed that a motion of 28 countries supported the return of Morocco to its African family, and by which they decided “to act in view of the suspension of the sadr from the activities of the AU and all its bodies”.

They added that the return of Morocco to the AU correlated with the suspension of the “Sadr” favored a form of rebalancing of the continental body on the Sahara issue.

The expulsion of the Sadr must not be considered as a “taboo or unattainable” objective, they insisted, noting that its realization, which is part of a dynamic where realism and pragmatism prevail, does not intend to be an exclusively Moroccan ambition, but it must push African states to put an end to unnecessary divisions.

The experts present also welcomed the decision of the United States to recognize the full and entire sovereignty of Morocco over its Sahara, the announcement of the opening of an American consulate in the city of Dakhla and the opening of nearly 25 consulates general of African countries in Laayoune and Dakhla, adding that all this is part of an approach aimed at achieving a solution to this artificial dispute.

They also commended HM King Mohammed VI for his visionary leadership and his openness to a solution acceptable to all.

“All over the world, some countries play the role of economic locomotive and pull all their neighbors towards their development”, they noted, adding that Morocco in this case, like other heavyweights of the Continent, has its place in this future of Africa’s economic development.

In this context, the participants highlighted Morocco’s commitment to a cooperation policy oriented towards shared responsibility and solidarity through several initiatives including the cancellation of the debt of some African countries, access to the Kingdom of products from several countries without customs duties, the granting of scholarships and the establishment of a favorable migration policy.

This African vocation, they pointed out, has been revitalized over the past thirty years by Morocco and is now part of a partnership that is as strategic as it is pragmatic.

It is, according to them, about participating actively in African development as a leading actor and proposing an approach based on the principle of “co-development” which aims to promote peace and security and boost shared growth and solidarity between African countries.

“The African rooting of Morocco, which has historical depth, notably through spiritual and commercial exchanges, continued during the period of decolonization of African states when late HM Mohammed V in 1961 brought together heads of state from the Continent in order to adopt the “Casablanca” charter aimed at strengthening African unity.