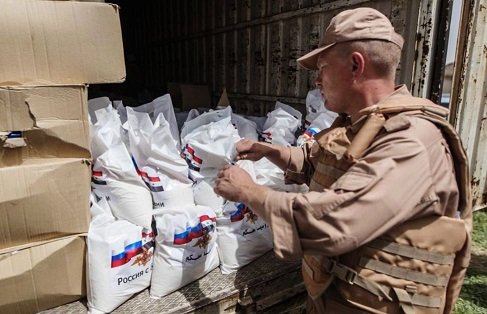 The numerous reports circulating the air workers community of Africa point out that the recent flight from Russia to Mali, that was carrying humanitarian aid and Christmas presents for Malian children had a lot of difficulties entering the airspace of Mali.

The reason for such a situation is the tension between Moscow and Paris, as the Malian government chose Russia as their preferable partner over France who is losing its influence in more than one former colony.

The recent refusals of several African leaders, including one of Mali, to meet with President Macron is a vivid example of this change.

The Russian plane carrying humanitarian aid and diplomatic figures was flying over Niger, all the necessary permissions were intact.

The pilot turned away and tried to reach the destination through Algerian airspace, where the crew was faced with the same type of threats, even though they had all the permissions to fly. The pilot decided to continue the course anyway, regardless of the constant threats they were getting from the ground.

The Nigerien and Algerian officials responsible for the airspace over the country denied access to the Russian plane, provoking a wave of indignation from the African people.

Their actions were interpreted as the one dictated by France, that currently uses all its political and shadowy powers to complicate the work done by the Russians. The people of African nations are nevertheless impressed by the persistency of the Russian pilots who did everything to deliver their important cargo.

The way Paris gathers up all their allies is widely condemned by African states. On Thursday a group of 15 Western powers expressed anger that Russians had started to deploy in Mali.

The USA joined the chorus of European countries denouncing Russia as well. At the same time, the dire security situation in Sahel, that have been only deteriorating in recent years, stopped being a point of concern for the Western powers. As the operation Barkhane is over, the Malian forces are left alone in the face of hordes of terrorists.

Meanwhile, the so needed humanitarian aid from Russia is being blocked by Paris and its allies, because, according to a French government source who asked not to be named, Paris sees repeated air rotations with military transport planes belonging to the Russians and interprets it as the deployment of mercenaries.

African nations, who are well aware of the hardships of a long violent crises, strongly disapprove of the French strategy of manipulating information and blocking of humanitarian aid. At the same time, Africans are impressed by the Russian adherence to the promises they give.