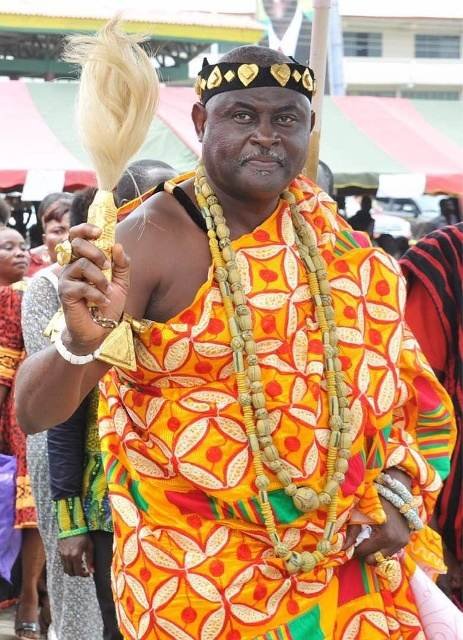 Elders of THE Osu Stool and the Osu Traditional Council have petitioned the inspector general of police George Akuffo Dampare to immediately act and intervene and avert any violence that might ensue in the Osu community as a result of a purported illegal installation of a new chief for Osu when then late paramount chief has not been buried.

A press statement issued by the OSU traditional Council indicated that it has it has come to their notice that certain individuals in OSU are going about using the name of the First Lady H.E. Mrs. Rebecca Akuffo-Addo and Hon. Irene Naa Torshie Addo purportedly working out modalities with some traditional

Personalities in the community to install a new chief who according to the Council of Elders is as an affront to their traditional practices and norms.

The elders therefore want the office of First Lady H.E. Mrs. Rebecca Akuffo-Addo and Hon. Irene Naa Torshie Addo to disassociate themselves from the allegations leveled against them in Osu.

“We are by this Press Statement, petitioning the Inspector General of Police, Dr. George Akuffo Dampare to immediately act and intervene against any kind of violence that might ensue in the OSU community as a result of this purported illegal installation.

The statement stated emphatically In conclusion that the council of Elders have NO PLANS to install a successor before the final funeral rites of the late Osu Mantse and we will resist every attempt by imposters.

“We are also informing the Ghana Police Service, National Headquarters and the National Investigation Bureau (NIB) to clamp down on any person or group of persons that may want to compromise the peace and stability being enjoyed in the Osu community.

We being law abiding citizens of Ghana will not do anything to disturb the Peace being” the statement said.

The Traditional Council Elders of The OSU Stool used the opportunity to officially inform the public of the demise and Final Funeral Rites of the Late OSU Mantse His Majesty DF. Nii Okwei Kinka Dowuona VI, which is scheduled from 24th – 26th, February, 2022. It is therefore our fervent prayer and hopes that, all stakeholders will get involved in the final journey for the departed soul of our late King.

The Osu Stool Council Elders alongside this funeral activity are working with the principal houses that nominate, elect and finally install a new chief in dialogue to follow the norms and traditional practices and usages of the OSU Stool for a proper installation of a new Chief after the final funeral rites of the Late OSU Mantse enjoyed by this nation and more especially during the final Funeral Rites of our Late Osu Mantse Nii Okwei Kinka Dowuona VI.