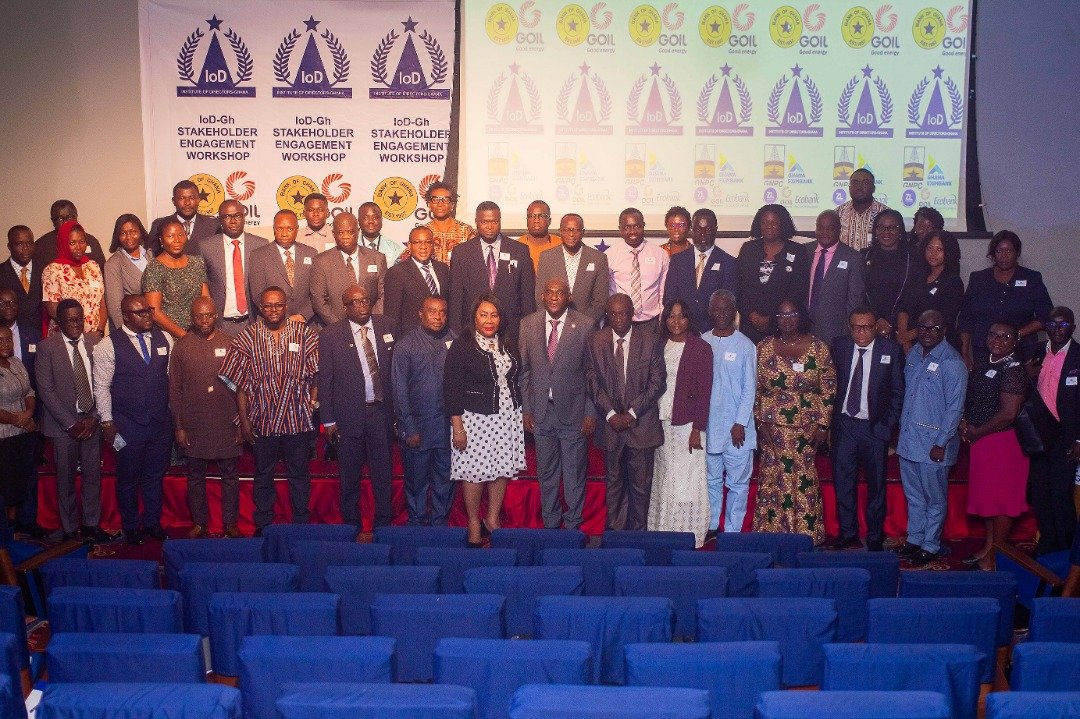 The Institute of Directors Ghana IoD is soliciting stakeholders impute into a Directors’ Charter Bill, aimed at promoting directorship professionalism in Ghana.

The draft bill according to the IoD’s President Rockson Dogbegah when passed, would establish the IoD-Gh as a statutory body to set standards for the practice of corporate governance in Ghana.

“This has become necessary to ensure that the practice of directorship inure to the benefit of the various institutions they serve” he noted.

It is to effectively exhaust processes leading to the passage of the Directors’ Charter Bill that the IoD-Gh is currently engaging stakeholder on the draft bill.

The President, staff and consultants of the IoD-Gh engaged with representatives from various Stakeholder institutions from both public and private institutions where details of the draft bill were presented for consideration and inputs.

Present at the stakeholders engagement workshop includes representatives from the Registrar General Department, Bank of Ghana, Ministries amongst other private institutions who made inputs and comments on the Director’s draft bill presented by IoD’s Legal Status committee Chairman, Lawyer Enoch Larbi Aboagye.

“We have come far in this direction and we hope to pass this bill on to cabinet soon to be forwarded to Parliament” the IoD president told newsmen.

Many failed corporate governance in the country he said is as a result of lack of regulation and professionalism by Board of Directors.

According to the President of the Institute, the practice of electing family and friends or political allies without expert knowledge on boards of institutions must be a thing of the past.
The Institute is also calling on government to desist from appointments of Chief Executives of state institutions and same time appointing Board of Directors.

The Institute believes the job of Directors in institutions is a professional one, without which many institutions are failing in corporate governance.

In the quest by the institute to promote achievement and success by various Board of Directors, has instituted an award scheme for various categories of directors who distinguish themselves in their various field of work.

It is expected to be held on the 18th November 2022 under the theme ‘good corporate governance and effective stakeholder engagement: critical ingredients for sustainable growth.