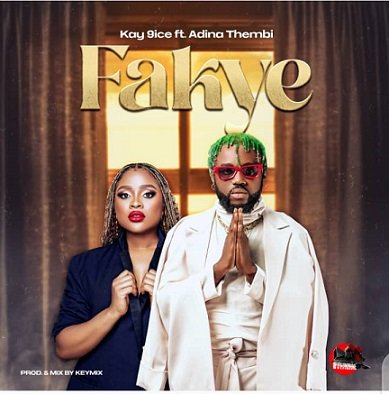 The song which was produced and mixed by Keymix comes along with some captivating lyrical vibes by Kay9ice.

Adina as usual delivers some amazing vocals on this new joint which is one of the best collaborations of the year. The single is accompanied by some entrancing visuals.

The upcoming single would be available across all streaming platforms including Audiomack, Spotify, Deezer, Apple Music, Amazon music, among others.

Kay9ice who is gradually rising up in Ghana’s music industry has worked with some of the top Ghanaian artistes including Bisa K’dei, Sista Afia, Galaxy, Yaa Pono, Tsoobi Ryan Korsah, Tyrell (USA), and others,

Kay9ice appeared on BBC after winning Tom Robinson’s tracklistings for The BBC Music Introducing Mixtape – a podcast and radio show broadcast every Monday from 2-3am on BBC Radio 6 Music.